Harrogate Town made it a Happy Christmas with a 2-1 win at Boundary Park, Oldham.

Simon Weaver kept an unchanged team from last Saturday’s defeat to Salford, except for Josh Falkingham returning to the subs bench.

Town mounted a tremendous opening onslaught and “Latics” keeper, Ian Lawlor, had to make a series of outstanding saves from George Thomson, Connor Kirby and Jack Muldoon to keep his goal intact.

Unfortunately, against the run of play, it was Oldham who took the lead after 19 minutes, when Warren Burrell was ruled to have fouled Davis Keillor-Dunn inside the box and Conor McAleny drove the resulting penalty low past James Belshaw.

Undaunted, Town kept up their pressure with Thomson shooting just wide from the edge of the area and Muldoon narrowly failed to reach Brendan Kiernan’s low cross.

However, on the half hour the Latics defence was breached when Muldoon’s effort was only cleared as far as Thomson who lashed a low drive just inside the post.

Worse was to follow for Oldham, because on 43 minutes, Bobby Grant received his marching orders for elbowing Town’s Jake Lawlor.

Five minutes after the break, Aaron Martin headed a Thomson corner just the wrong side of the upright,while soon afterwards,a Thomson free kick from the right smashed against Oldham’s crossbar.

On 70 minutes, Lawlor had to make a last ditch block to deny Martin after he had fumbled Kirby’s initial shot.

A minute later Town scored a well deserved winner when Conor Hall’s shot rebounded to Thomson and he struck an unstoppable left foot  rising drive into the back of the Oldham net. 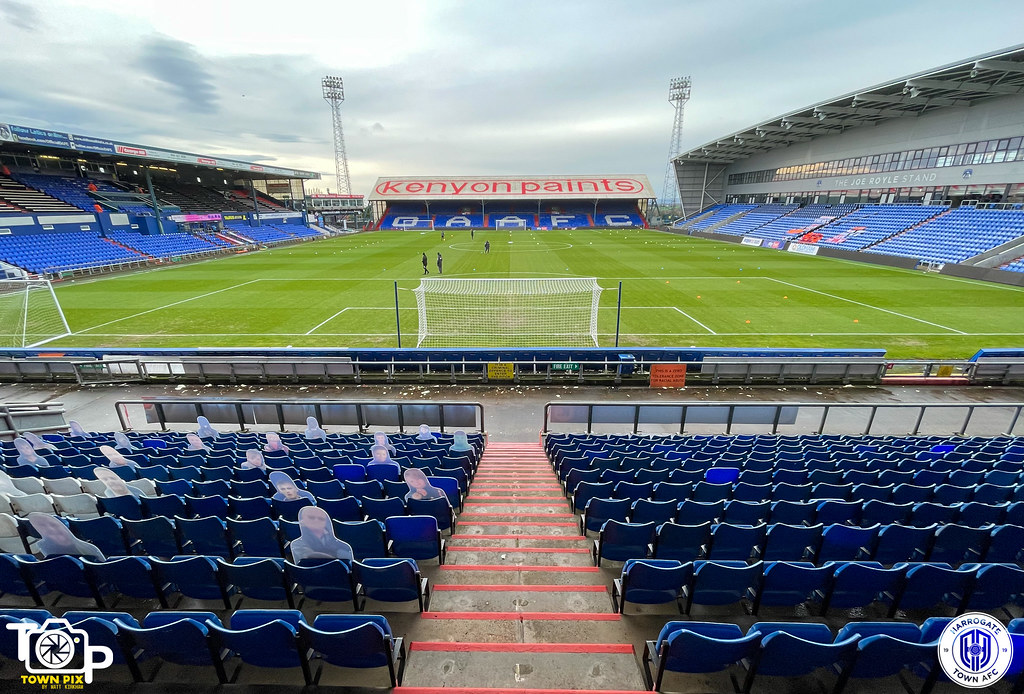