A goal on the stroke of half time proved enough to send Harrogate Town to Wembley to meet Concord Rangers in the F A Trophy final.

Town were the quicker to settle with Jack Muldoon breaking through the Magpie’s defence only to see his shot diverted for a corner.

Home keeper,Sam Slocombe had to make diving saves from George Thomson and Conor Hall to keep Town at bay and Brendan Kiernan sidefooted wide after Slocombe blocked another Thomson effort.

County,prompted by Rodrigues and  Kyle Wootton,made a few sporadic raids and Joe Cracknell had to be alert to punch out a dangerous cross from the latter.

As the first half entered stoppage time,Aaron Martin headed a Thomson free kick across goal and Will Smith beat Slocombe with a glancing header for the decisive goal.

The Magpies started the second half on the offensive and Cracknell had to make an early save from Jake Reeves,while Ryan Fallowfield was on hand to divert Wootton’s low drive for a corner.

Town pushed for a second goal which would give them a margin of comfort and Hall headed just wide from a Thomson corner.

The game developed into a midfield battle as both defences dominated,but Rodrigues spurned a good chance for County when he headed Boldewijn’s cross narrowly wide of Cracknell’s upright.

Kiernan found himself in Referee Finnie’s notebook when he brought down Cal Roberts to foil a County breakaway and the game was held up for several minutes while the clearly distressed player was stretchered off the field.

Town easily played out the remaining few minutes, plus seven minutes of added time,to ensure their second visit to Wembley for a date with Concord Rangers of National  League South. 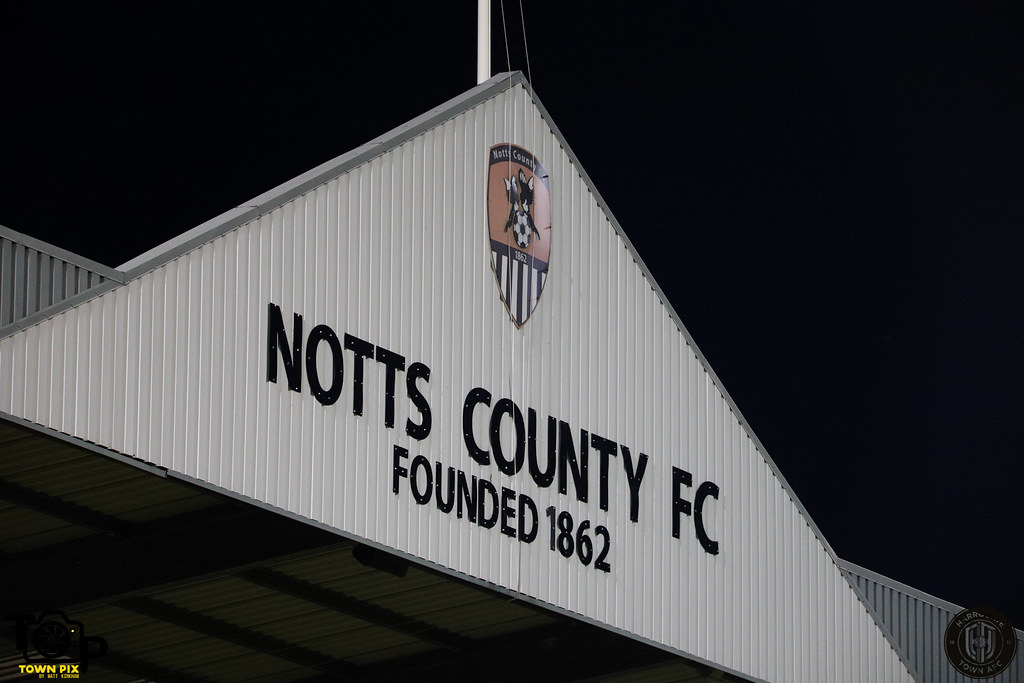