Harrogate Town bounced back from Saturday’s defeat at Stevenage with a comprehensive 3-0 victory over Colchester United.

Within a minute of the start Town were ahead when Mark Beck headed a long clearance into the U’s penalty area;the ball was returned to him via March and Lloyd Kerry and he beat U’s keeper,Shamal George,with a shot into the far corner.

Town kept the pressure on Colchester,but suffered a blow when March had to limp off after a collision with George, after the keeper had dived bravely at his feet.

The visitors were finding it hard to create chances against Town’s well organised defence and a rare effort from Aramide Oteh sailed well wide of James Belshaw’s goal.

George Thomson found Ryan Fallowfield unmarked on the right,but his angled drive was off target.

Deep into first half stoppage time, the U’s failed to deal with Fallowfield’s long clearance allowing Will Smith to race through their defence and skilfully slip the ball past George for Town’s second.

Colchester started the second half with Roy Clampin forcing Warren Burrell to concede a corner from which Town had to scramble the ball clear after it rebounded off the  foot of the post.

Town soon resumed their offensive and Thomson’s cross found Josh McPake unmarked in the area,but he was quickly closed down before he could pull the trigger.

But moments later,in an almost carbon copy move,Thomson latched onto Fallowfield’s throw and once again  crossed to McPake who beat George with a low cross shot into the far corner.

The U’s,bolstered by three substitutions,tried hard to get onto the scoresheet and it took a magnificent double save from Belshaw to keep out Oteh and Junior Tchamadeu.

It only remained for Fallowfield to make a late clearance off the line and Town had recorded their best result since the opening day of the season,when they put four past Southend. 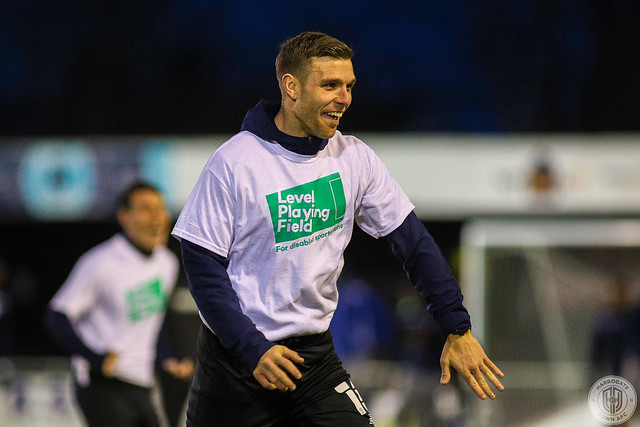