For Town, Will Smith returned after suspension to relegate Jake Lawlor to the subs bench.

After an inconclusive first ten minutes, the Cumbrians had the first chance when Lewis Alessandra intercepted a weak clearance from James Belshaw, but his ambitious chip passed harmlessly over Town’s bar.

But it was Town who then began to threaten and Josh McPake was inches wide with a flashing drive.

McPake was soon in action again when he released March down the right wing, only for Nick Anderton to end his run with a clumsy tackle inside the area.

March took the penalty himself, sending keeper Paul Farman the wrong way with his spot kick.

Harrogate almost made it two before the break, with Simon Power forcing Farman to tip his header over the bar.

The break seemed to rejuvenate the Cumbrians and they began to pen Town back into their own half.

A dangerous strike by Brennan Dickenson forced a fine diving save from Belshaw, but Town weathered the storm and began to hit back.

A mazy run and cross down the left by McPake created a shooting chance for Aaron Martin but his effort was quickly charged down.

Carlisle Manager, Chris Beech threw on four subs in an attempt to rescue a point, and although a late strike from Omari Patrick curled just wide of Belshaw’s left upright, Town safely negotiated the four minutes stoppage time, to move into the top half of the table. 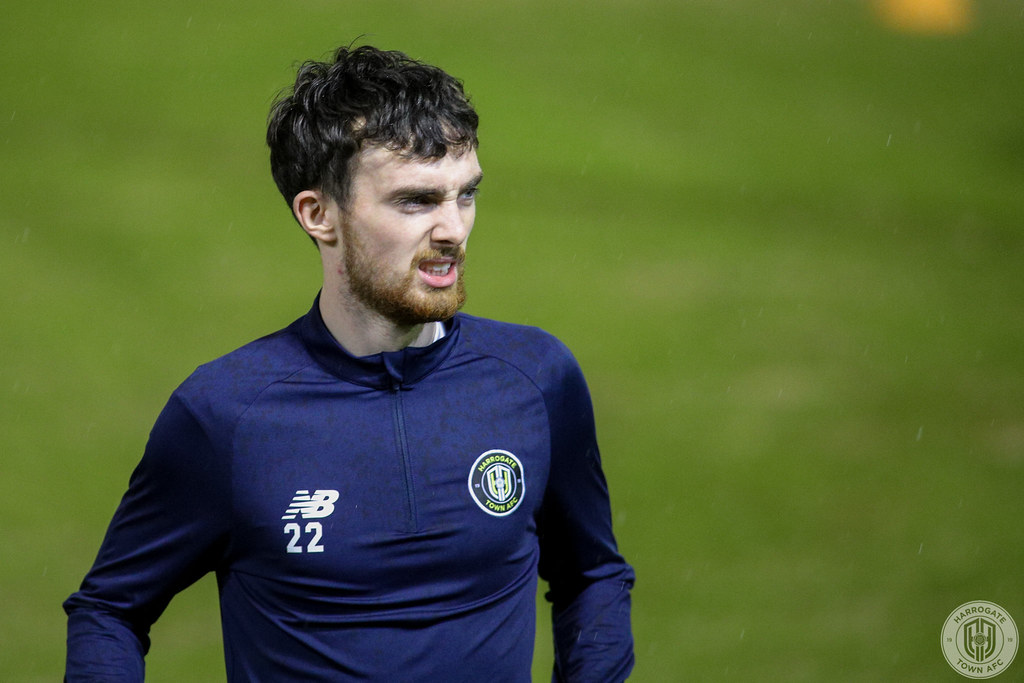