Once again, Harrogate Town went down to the only goal of the game as James Wilson’s 17th minute strike was enough to take the points home to Salford.

Town made just one change in their starting line up, with Ed Francis replacing the suspended Josh Falkingham.

No doubt buoyed by their midweek win at Exeter, Town made a determined start and matched the Ammies,blow for blow,in a feisty opening period.

But Town’s fate was decided early, when in the 17th minute, Brendan Thomas-Assante’s long diagonal ball reached Wilson on the left, and he shot past James Belshaw into the far corner.

Town countered strongly and the Ammies had a let off when they could only clear a corner as far as Jack Muldoon who blasted narrowly wide from the  edge of the area.

Although Town forced a series of corners, mainly through Brendan Kiernan’s attacks down the right, the visitors defence proved impenetrable, and it was Town who were lucky not to concede a second, when James Lowe’s strike was deflected just wide of Belshaw’s goal.

Today, fans were allowed into the Aon Kop which Town were attacking towards  after the break.

They could be in no doubt about Town’s fighting spirit and work rate, but no amount of honest endeavour was enough to unlock the miserly Salford defence.

Town had a penalty shout turned down and Ammies keeper, Vaclav Hledky, was lucky when he fumbled Muldoon’s shot,but he recovered just in time to prevent Kiernan taking advantage.

Salford were always dangerous and Belshaw had to make a fine late save to deny sub, Bruno Andrade. 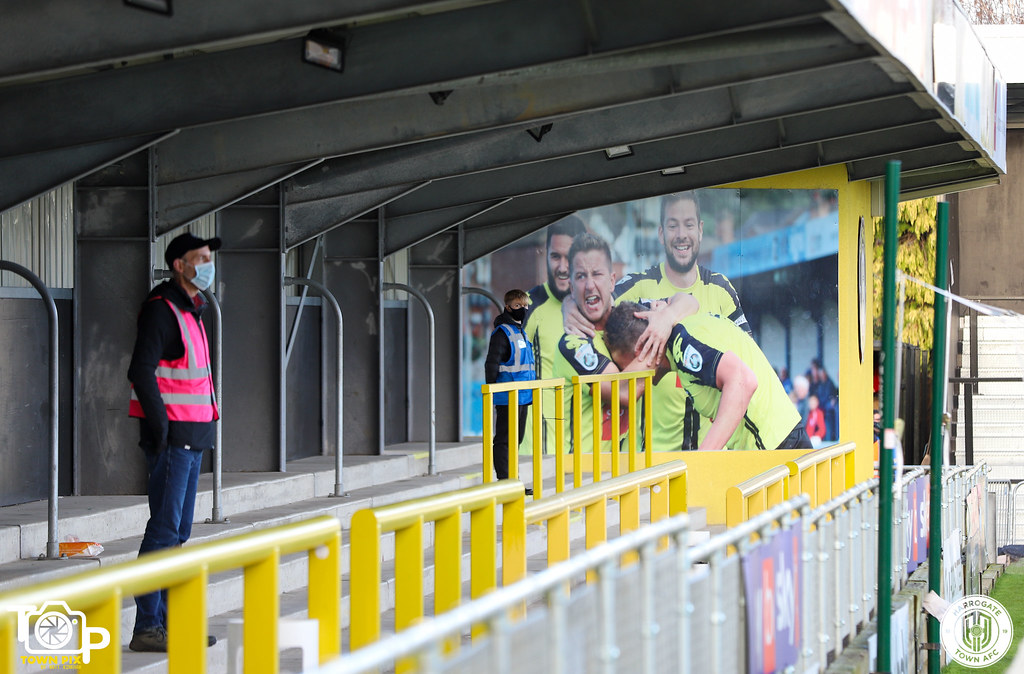