Harrogate Town bowed out of this seasons F A Cup after conceding four second half goals to League  1, Blackpool.

Injuries to Ryan Fallowfield and Dan Jones forced Simon Weaver to rejig his defence with Warren Burrell and Conor Hall having to fill in as full backs.

Town’s first chance came when Jack Muldoon broke down the middle,only to be stopped by an excellent covering tackle by Ekpiteta.

The Seasiders best chance of a scrappy first half came when Gary Medine turned an Hamilton cross past James Belshaw’s upright,but otherwise, neither side could fashion a scoring opportunity.

Town almost hit back when Burrell played in Muldoon,who could only hit his attempt straight at Maxwell.

On the hour,Belshaw made a fantastic double save to keep his goal intact,but from Garbutt’s corner,Grant Ward shot home through a crowded area to make it two.

Harrogate desperately needed a goal to have any chance of progressing in the competition and sub Brendan Kiernan,who had replaced Miller,forced Maxwell into a fine diving save.

Lloyd Kerry tried his luck with a long range lob that drifted wide,but a disasterous last five minutes put any faint hopes of a recovery beyond firmly to bed.

Firstly,Dougall hit the post and Jordan  Gabriel followed up to tap in the rebound,and in added time Lokko slipped and accidently brought down an attacker,which earned him an harsh red card and Dan Kemp scored from close range following the resulting free kick. 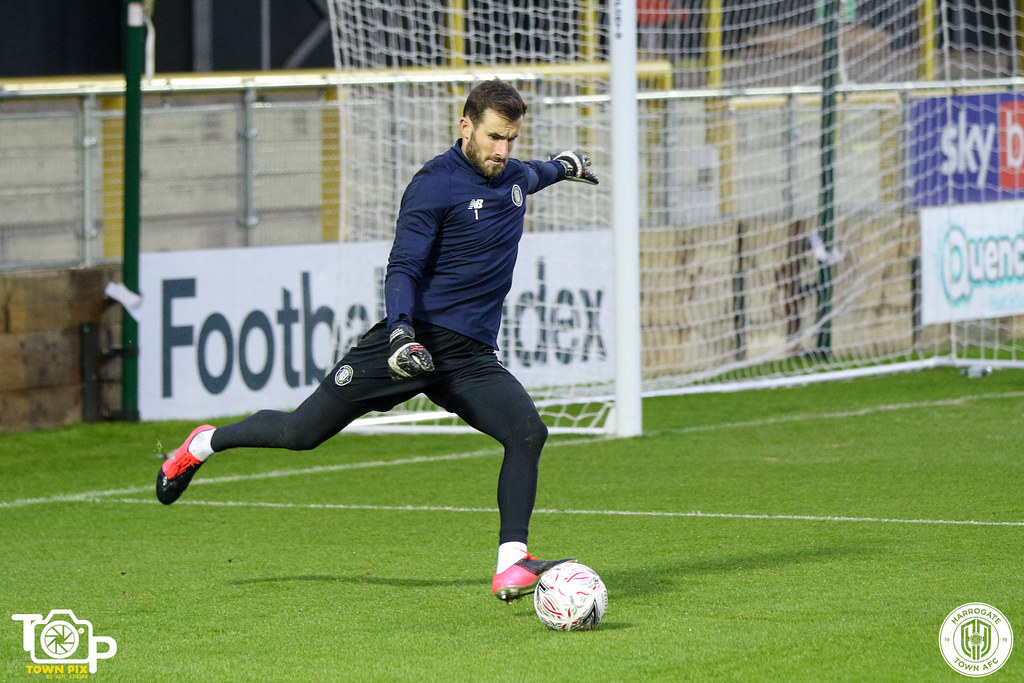