The Department of Energy and Climate Change (DECC) this week announced long awaited ‘improvements’ to the Feed-in Tariff (FiT) in a bid to create more ‘transparency, longevity and certainty’ and restore confidence in the solar PV sector.

Our new plans will see almost two and a half times more installations than originally projected by 2015 which is good news for the sustainable growth of the industry.

We are proposing a more predictable and transparent scheme as the costs of technologies fall, ensuring a long-term, predictable rate of return that will closely track changes in prices and deployment.

Since the Feed–in Tariff (FiT) was first introduced in April 2010, rash announcements and premature reviews of solar PV by DECC have created furor within the industry and left investors reeling. This week’s announcement of the potential revised rates under the Government’s consultation on the comprehensive review only added insult to injury as DECC set out proposals that could see further cuts to the subsidy scheme from April onwards on a regular basis.

The Feed–in Tariffs (FiT), were set up by the Government to encourage the deployment of renewable energy technologies (in technology bandings up to 5MW of generating capacity) initially spurred a ‘gold rush’ effect as investors saw the financial benefits of installing solar PV technology. And given that it is relatively straightforward to develop compared to other renewable energy technologies, the deployment of PV in the UK soared.

This placed a huge strain on the Government’s FiT budget and in October 2011 they were forced to take drastic action and announced premature cuts to subsidies in an effort to curb future deployment. This decision was challenged by leading solar PV companies who took the case to the High Court, which ruled the ‘panic’ cuts potentially illegal and DECC may now appeal to the Supreme Court and has until 21st February to lodge its case. Therefore the Government cannot give certainty on tariff levels to people who install PV between 12 December 2011 and 3 March 2012.

The consultation has been split into two parts: Phase 2A: Solar PV cost control, whilst other non–PV technologies will be dealt with under Phase 2B. (For full details, see here: http://www.decc.gov.uk/en/content/cms/consultations/fits_rev_ph2a/fits_rev_ph2a.aspx).

To illustrate the proposed changes, if we look at the PV banding for a retrofit sub 4kW scheme, when the FiT was first introduced the generation tariff was set at 41.3p/kWh and by October 2012 it will have declined further to 12.9p/kWh under Option A, 14.7p/kWh under Option B and 15.7p/kWh if Option C is adopted, from the reduced rates at 1 April 2012, with further degression thereafter.

Turning to Phase 2B of the Feed-in Tariff Comprehensive Review covering non PV technologies, (For full details, see here: http://www.decc.gov.uk/en/content/cms/consultations/fits_rev_ph2b/fits_rev_ph2b.aspx) it is proposed that the new rates for Phase 2B will take effect from 1 October 2012, as compared to 1 April 2012 for Phase 2A, which leads one to query; whether DECC is concerned about their paucity for successful legal action, bearing in mind the solar PV Feed-in Tariff fiasco.

The Phase 2B Consultation is open until 26 April 2012 and the proposed rates suggest an upper limit of 21p/kWh. There is also a proposed automatic degression of rates when uptake exceeds ‘capacity triggers’ to protect future budgets (5 per cent per annum from 2014).

This is a disappointing outcome for the UK solar PV industry. The proposed alterations to FiT rates are likely to result in increased unemployment and business failures in that sector, due to the tight timescale and much reduced tariff levels going forward, unless there is a major and expedient price alteration in Capex terms, which seems unlikely.

In order for the industry to be sustainable, the proposed cuts in the tariff rate will necessitate further significant reductions of installer price to achieve a reasonable level of return – it’s probably “all too far and too fast”

With regard to non pv technologies such as hydro, AD and wind, these are generally more constrained in terms of development potential i.e. planning issues and are more site specific in project development terms making deployment more difficult as compared to solar PV. Such technologies appear to have a future in the UK renewables sector under the FiT, which is re-assuring especially as we have natural resources including topography, rainfall, and wind speeds to tick some of the respective technology requirements to drive a successful project forward!

It will be interesting to see whether the alternative support mechanism for renewable energy technologies under the RO (Renewables Obligation) for which the response to the recent consultation is awaited, alters the bandings to mirror the FiT proposals, for that we shall have to wait a little longer, before the outcome is announced.

Harrogate on Film comes to town

Things To Consider When Choosing A Courier Service

Government must cancel October energy price rise to save families in Harrogate District £149,065,220.

Crescent Gardens, Harrogate
Harrogate International Festivals’ most flamboyant event returns as the magical Spiegeltent is resurrected in Crescent Gardens, and we are delighted to welcome back Graeme Park. [...]
More Info

Crescent Gardens, Harrogate
Harrogate International Festivals’ most flamboyant event returns as the magical Spiegeltent is resurrected in Crescent Gardens, and we are delighted to welcome back Benoit & [...]
More Info

Crescent Gardens, Harrogate
Harrogate International Festivals’ most flamboyant event returns as the magical Spiegeltent is resurrected in Crescent Gardens, and we are delighted to welcome Kasai Masai. Based [...]
More Info

All Saints' Church
Harrogate Theatre Choir has the most wonderful evening lined up to celebrate this special Jubilee year. We will be performing songs from some of the [...]
More Info

Crescent Gardens, Harrogate
Harrogate International Festivals’ most flamboyant event returns as the magical Spiegeltent is resurrected in Crescent Gardens, and we are delighted to welcome Jo Harrop. Jo [...]
More Info

Crescent Gardens, Harrogate
Harrogate International Festivals’ most flamboyant event returns as the magical Spiegeltent is resurrected in Crescent Gardens, and we are delighted to welcome back The Gypsy [...]
More Info

Crescent Gardens, Harrogate
Harrogate International Festivals’ most flamboyant event returns as the magical Spiegeltent is resurrected in Crescent Gardens, and we are delighted to welcome back The House [...]
More Info

Crescent Gardens, Harrogate
Harrogate International Festivals’ most flamboyant event returns as the magical Spiegeltent is resurrected in Crescent Gardens, and we are delighted to welcome the London Afrobeat [...]
More Info

The Stray
This is a fundraising event to raise money for Martin House Childrens Hospice. I have worked there for 20 years and this is just one [...]
More Info
It’s back. The annual Duck Derby & Country Fair is to be held on Sunday 10 July 2022 at Blubberhouses Cricket Ground from 12.30pm. Admission [...]
More Info
Crown Hotel
In a time of polarised debate and online shouting it is Berwins Salon North that gives you the time and space to learn from the [...]
More Info 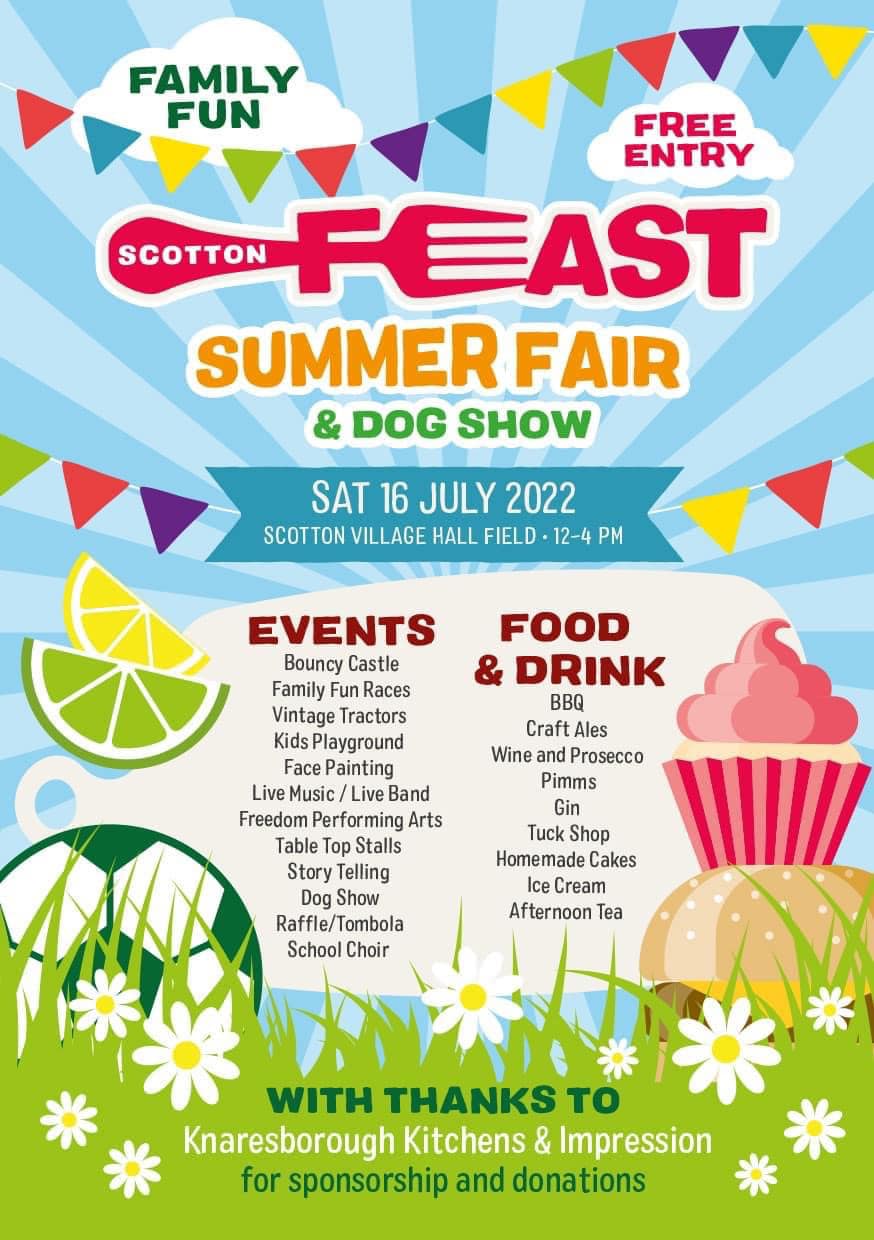 Frazer Theatre
On Saturday 16th July at 2pm, the Frazer Theatre welcomes back Morgan and West with their new summer panto “The Three Musketeers For Kids!” Sharpen [...]
More Info
The Old Swan Hotel
Brought to you by Harrogate International Festivals and Theakston Brewery, Theakston Old Peculier Crime Writing Festival is the largest and most prestigious crime writing festival [...]
More Info

The Old Swan Hotel
Old crime fiction characters never die, they just lose the plot. Meet four writers who’ve taken on the daunting task of breathing new life into [...]
More Info
It is impossible to write about Paula Hawkins without reference to the book that started it all. Girl on the Train was, and remains, a [...]
More Info

The Old Swan Hotel
The race to the top of the bestseller charts can be a sprint, but it can also be a marathon. These four authors are old [...]
More Info

The Old Swan Hotel
There are few things forensic scientists enjoy more than the opportunity to explain the legion of things crime writers get wrong. Hear the experts chortle [...]
More Info

The Old Swan Hotel
Good cop/Bad cop has long been a staple of crime fiction but in the wake of the murders of George Floyd and Sarah Everard have [...]
More Info

The Old Swan Hotel
Two of the fastest rising stars in crime fiction go head-to-head to discuss their books, themselves and anything else that takes their fancy. Lucy Foley [...]
More Info

The Old Swan Hotel
A living legend of crime writing will take to the Theakston’s stage this July as Lynda La Plante talks about her extraordinary life and writing [...]
More Info

The Old Swan Hotel
Historical crime fiction has never been more popular. and authors of the genre have found great success mining the rich seam of history to plunder [...]
More Info

The Old Swan Hotel
Charlie Higson is one of those annoying people who are good at everything. Not content with being an actor and comedian, and formerly a singer, [...]
More Info

Frazer Theatre
On Friday 29th July, the Frazer Theatre Comedy Club brings the season of Edinburgh Festival preview shows to a close with a fantastic line up [...]
More Info

Seventy Glorious Years (Of The Musical): Concert
near Harrogate

Too Good To Write Off?
Harrogate
Special Guest: Paula Hawkins

It's A Long Walk, Not A Short Hop
Harrogate