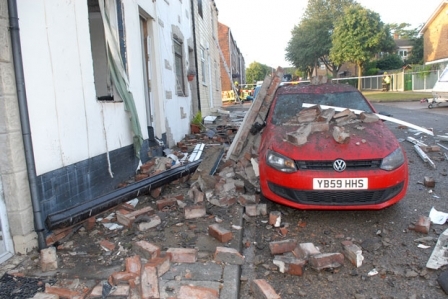 Shocking video footage has now been released of a recent fire in Hightown, Castleford.

Fire engines from Castleford, Normanton and Pontefract were called to what they believed to be a small kitchen fire, only to find a string of small fires in a row of six terraced houses in Rhodes Street. Firefighters quickly rescued the occupants of all the houses, including two people from upstairs bedrooms using ladders. Only seconds later an explosion tore through the row of homes.

North Yorkshire Traffic Police reduced by 40%, but force told to prioritise road safety and to make it a strategic policing requirement

How to make your kitchen space more sociable

Two charities team up to tackle violence against women and girls

Harrogate Town release an update on spectators at the Envirovent Stadium

Success on the menu for Harrogate restaurant after bank funding support

Pioneering plan to electrify the Harrogate to Leeds railway line