A goal 15 seconds into the second half was enough for Harrogate Town to complete a double over Nigel Clough’s Mansfield Town.

Harrogate fielded an unchanged starting line up, although Ryan Fallowfield and Dan Jones returned to the subs bench.

The first half hour was a scrappy affair with the ball spending a lot of time in the air.

For the Stags, Harry Charsley was proving the main threat, and he went close with a shot past the upright, while Town’s Simon Power was causing problems for the visiting defence.

A foul on Jason Law 25 yards out, enabled Stephen McLaughlin to force James Belshaw into a diving save.

Harrogate hit back immediately and Josh March brought out a good save from Aiden Stone.

Within 15 seconds of the restart, Town were ahead.

The Stags failed to clear a long ball and a misjudged defensive header fell to Aaron Martin who volleyed in from the edge of the area.

This gave Town fresh impetus and they began to dominate the Stags.

Josh McPake was well wide with a cross shot, while sub Lloyd Kerry’s attempt from distance was comfortably saved by Stone.

A series of long throws from Dan Jones were proving a welcome addition to Town’s attacking armoury and the Stags were unable to exert any pressure on the home defence.

A late injury to Josh Falkingham necessitated six minutes of injury time which Town negotiated without any problems. 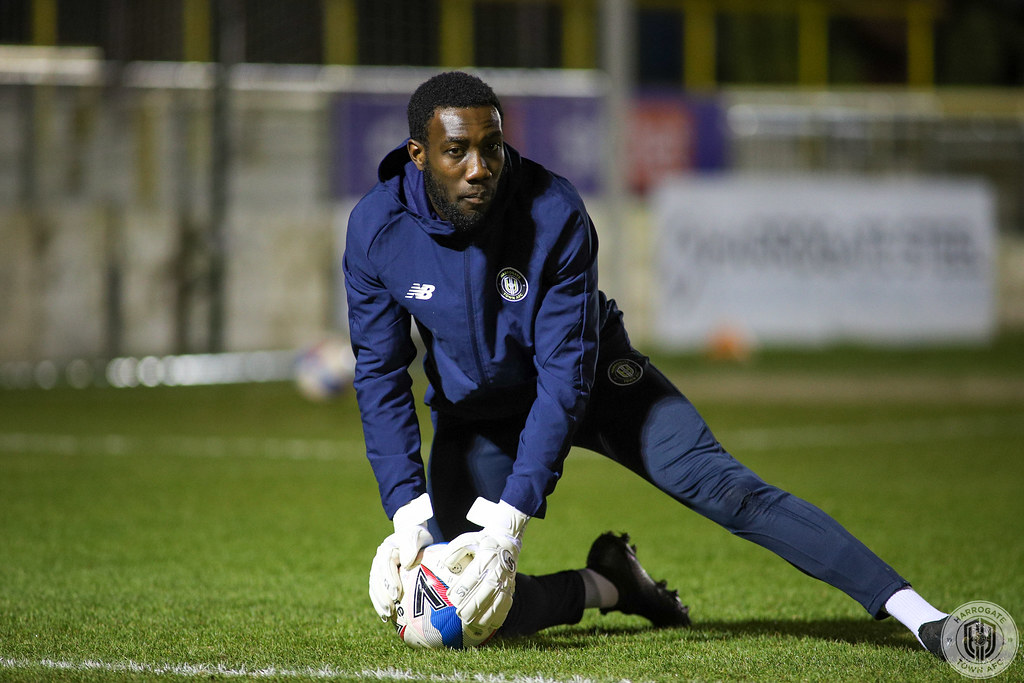